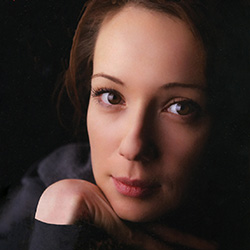 Chulpan Hamatova,
Honored Worker of Russian Federation,
The actress of the “Sovremennic” Theatre

«I was crying. I was crying because of joy, because you saw how these children are so open, happy, expressive; you saw what pleasure they experienced. The Director of The “Piano” Theatre - Vladimir Chikishev, the man who opened their talent, I want to applaud, because this takes a lot of work. Thank you!» 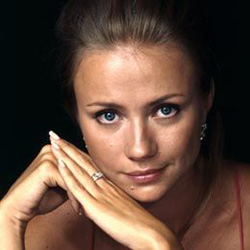 Maria Mironova,,
Honored Worker of Russian Federation,
The actress of the “Lenkom” Theatre

«This theatre is something incredible. It gets deep into the heart and stays in the memory forever. When I saw them in the theatre “Sovremennic”, I fell in love. I felt this feeling of love. And of course we did not have the funds for it at the time. Since that moment, the idea to maintain our artists started to grow. I knew only one thing: I do really want to meet these children once again and I will do it.» 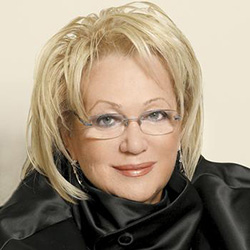 «The Piano Theatre is a unique and wonderful theatre from Nizhny Novgorod. I remember everything as if it happened only yesterday, it made such an impression on me. I have seen a lot of different groups, and still it is always wonderfu, touching, and you are always moved by performances of such bright children. But I have never been so delighted (and not only me, but everybody at that evening) with the performance of the Piano Theatre, under the direction of Vladimir Chikishev and Marina Chikisheva.»

Nadin Werner,
The actress of the «Marienbad» Theatre

«These exercises are the way to discover new opportunities of your body, its motion; to dance in harmony with the soul, emotions and spirit. This path leaves a deep imprint. Body for us is the main means to express our capabilities. Our bodies meet, help, learn to understand ourselves, and our stage partners. When in full agreement with ourselves, something new is born. This is how the life flows. Each day is new; new twists, each day everything becomes new. Vladimir helped us to part with the usual clichés of thought, how we picture ourselves, thanks to which, we were in the dance game, and in true contact with each other.» 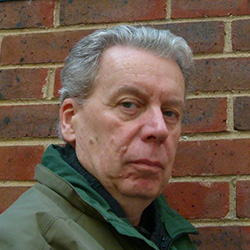 «I am happy to be a referee for the membership of Vladimir Chikishev of Russia. I met Vladimir in Copenhagen, Denmark in 1996 at the World Festival of Children’s Theatre, where his theatre troupe, PIANO, performed at the festival. It was clear that Vladimir is a special theatre educator and mentor to the children. The performance level was very high and he was very much appreciated and revered by the children. We talked a lot about his work with children, and I learned a lot from him. We have met several more times since and our professional relationship has grown. I have invited PIANO to come to Canada as a special guest troupe, as part of our World Festival of Children’s Theatre in June 2016. We are in the process of arranging performances outside of the festival for PIANO, because I feel that Vladimir’s work with the children should be seen more widely, both within and outside the deaf community.» 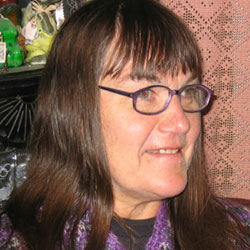 Tintti Karppinen,
drama teacher,
18 years an Elected officer of IDEA and still the official delegate of FIDEA in IDEA

«I had seen the work of PIANO already in 1992 at the World’s Children’s Theatre Festival in Antalya, Turkey, where I was invited to lead a workshop for children. It was such an impressive performance that immediately after the congress I tried to find more information about this fantastic theatre. Happily, I met the director Vladimir Chikishev in Lingen (Germany) during a Children’s Theatre symposium later in the same year and was able to express to him my deep respect for his excellent, highly artistic work with deaf children and young people. I have since seen their performances also here in Finland, where they were invited several times into Children’s Theatre festivals to give their inspiring performances. Every time they received – with good reason! – very praising feed back from the audience, press critics and judges. As an ex-officer of IDEA, with the longest possible career in the board (in EC 1995-2001; in GMC 2001-2007 and in AC 2007-2013) I can ensure that the work of Vladimir Chikishev and his PIANO theatre is a brilliant example of the possibilities, how theatre can bring all kinds of children and young people to work and create together.»